0 Lazio Diaspora around the world 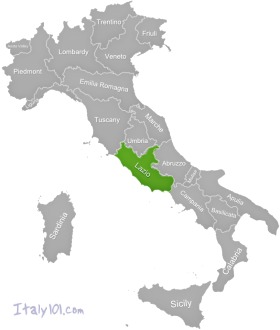 The Lazio region of Italy, located on the West coast of Italy, is most famous for its grand city, Rome. As the capital of Italy, Rome commands the attention of the nation and the world. It’s the center of Italian government and commerce as well as the birthplace of the Roman Empire. For thousands of years, Rome has held the place of top cultural center and it still does today. From ancient ruins to modern art and culture, this is a place that has it all. While Rome certainly isn’t the only part of the Lazio region worth visiting and experiencing, it is certainly the most popular among travelers.

Whether Ancient Rome is your passion or not, you cannot leave Rome without seeing the Colosseum, the Roman Forum, and the various Ancient Roman ruins. A tip for savvy tourists: even if you only desire to tour the Colosseum, don’t buy your tickets there. Go to the window on the Palatine where the line will be significantly shorter (possibly a difference of several hours waiting depending on the season and time of your visit). Tour the Palatine and Forum first, or head straight to the Colosseum.

The Borghese Gallery and Gardens are worth an afternoon’s visit. The gallery is home to a remarkable collection of Bernini sculptures and several Caravaggio works. The museum is not large, but it holds many treasures and merits a tour. Tickets should be purchased in advance on Tickitaly.com. The museum is very strict about the two-hour window of time allotted by your reservation, so make sure to get there on time! After your art fix, stroll the sprawling Borghese gardens, rent a bicycle or Segue and enjoy this comparatively quiet park in the center of bustling Rome.

Finding good food in Rome may not be as easy as you think so be intentional in choosing your restaurants or you’re likely to end up in the tourist trap—bad food at exorbitant prices. As you are out wandering, take a look at menus as you pass by. See something that looks interesting? Ask for a business card from the restaurant and then head back at mealtime. If you wait until you’re starving, you’ll settle for anything and miss many of the delights that the city has to offer—you have to seek them out. Rome, and the Lazio region (also known as Latium from ancient days) is best known for its very fresh vegetables including rocket and artichokes, its own extra virgin olive oil, a variety of fruits of the sea, veal, and a family of fine cheeses such as Mozzarella de Bufala Campana, Pecorino Romano, and fresh ricotta.

Finish off your evening with a romantic stroll through the Pantheon neighborhood, passing by the Spanish Steps and the Trevi Fountain—two classic Roman monuments. A little touristy? Maybe, but also fun and memorable. Indulge yourself in a generous scoop of gelato—the gelato of Lazio is especially renowned.

Rome can be an overwhelming city. Choose your activities wisely. If you’ll only be there for a couple of days then pick the two or three things you’d love to see and check those off your list. Then build in some time for strolling, enjoying long meals and taking in some of the monuments. Rome can’t be conquered in a weekend. Enjoy what you can and save the rest for a future trip. Don’t feel guilty about it.

For greatest ease of travel, fly into Rome’s Leonardo di Vinci-Fiumicino Airport. As the airport is outside of the city, you’ll want to take the ‘Leonardo Express’ train that runs between the airport and the Termini train station. Follow signs at the airport to get to the train station where you will be able to purchase your tickets. Trains run every half hour. Resist the tour bus companies promising you a cheaper, easier ride. You’ll pay more and the train ride is easy enough. If your hotel is located at a distance from Termini, hail a cab from there. If you are coming to Rome by train, you will arrive at either the Termini or the Tiburtina stations.

Bagnaia - a play of water in Villa Lante, welcome coolness in the heat of the summer.

Caprarola - the principal staircase in the Palazzo Farnese, a Renaissance masterpiece.

Latium, Tivoli - Hadrian's Villa, no other emperor attained such levels of luxury. 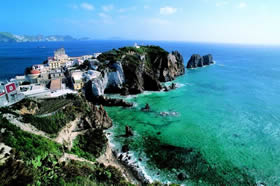 Rome - the magic of the Coliseum, unchanged over the millennia.

What have you been up to? I am fascinated about covid19. Can you talk about it? If the same thread is opened please redirect my post :). Thanks :). PS: I don't know any people with covid and you? rambo :D

Thank you very much for the invitation :). Best wishes. PS: How are you? I am from France :)

i am from Italy hello. Can you help me translate? /rardor

hello everyone thanks for approve