0 Trentino-Alte Adige Diaspora around the world 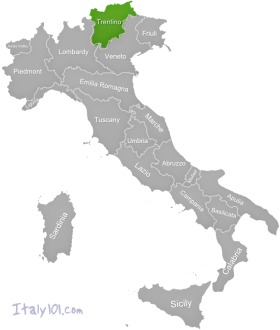 As the northernmost region of Italy, Trentino Alto Adige shares a border—and much of its culture—with Austria and Switzerland. A geo-political note to help untangle confusion about the name of the place: in Italian, the region is known as Trentino Alto Adige, which is the same as its name in English. But you may also hear it referred to as South Tyrol or Südtirol. South Tyrol refers to the northern part of the region, or Alto Adige. The South Tyrol section (though actually the northern part of the region), prior to World War I, was part of Austria, but has been Italian soil since the end of World War II. This section is mostly German speaking, but with a healthy amount of Italian as well. Trentino (which has always belonged to Italy) is predominantly Italian speaking, with some German as well.

To the south of Trentino Alto Adige lies the region of Veneto, and Lombardy comprises the area to the south and southwest. The land is overwhelmingly mountainous and Alpine, making it a paradise for skiers, snowboarders and winter-lovers in general.

The main 18 mountain crags, known as the Dolomites, have been declared a UNESCO World Heritage Site for their “exceptional natural beauty…among the most attractive mountain landscapes in the world.” To explore the mountains, rent a car and travel along the Great Dolomite Road (Grande Strada delle Dolomiti) or take the bus from Bolzano into the mountains for a day or hiking and exploring. Any traveler worth his Eurail Pass will take at least a day to explore these majestic natural wonders—on foot. No matter what town you start from, you’ll be able to obtain maps and instructions to guide you on your journey. To enhance the experience, make arrangements to stay the night in a mountain inn.

The range of high altitude activities, including trekking in the warmer months, draws travelers from around the world. Favorite ski resorts are found in Madonna di Campiglio, Gardena Valley, Fassa Valley, the Marmolada range, and San Martino di Castrozza. A range of Alpine trails for all hiking levels can be found—favorites among them are the Via Alpina and the Sentiero della Pace.

The crisp mountain air and abundance of natural hot springs and thermal baths also make this region attractive to the traveler looking to indulge in a little pampering and relaxation. If you don’t mind a public, co-ed bathing experience, take a dip at the baths in Merano. For a few additional services like massage and other spa offerings, go to Brunico Hallenbad Cron4.

Lovers of the Gothic style and influence will want to take a break from the spa and ski slope to explore local architecture. The Cathedral in Bolzano is a Gothic masterpiece and the Trauttmandorff Castle and gardens just outside of Merano is certain to impress travelers of all interests.

While the winter season is naturally Trentino Alto Adige’s peak, Christmas is also a special time in this northern province. The cities of Bolzano, Merano, Bressanone, Vipiteno, and Brunico are famous for their holiday markets, which feature traditional Italian handicrafts.

For the food and wine lover, Trentino Alto Adige has no shortage of food and wine trails designed to help you learn the history, lore, and cultural influence of some of the region’s most prized agricultural products and traditions. In Val di Non, take the apple trail to learn about the apple of the same name. The province of Bolzano is known for its wineries where you can schedule a tour and tasting and then take home a few bottles as a souvenir. If you are able to schedule your trip in early November, you’ll be able to attend the Merano Wine Festival—an expansive tasting, pairing, wine-loving celebration featuring the best wines of the region paired with gourmet cuisine for optimal gustatory delight.

When dining in Trentino Alto Adige, start your meal with their prized dish (and a common appetizer), speck—an artisanal aged, smoked pork flank. The international mixture of cultures is naturally reflected in the local cuisine. Northern European influence is seen in the sauerkraut, bread dumplings, and wild-game goulashes that are well known in the region. Eel and macaroni pie, as well as a variety of polenta variations, are likely to pop up on the menus of most local restaurants.

When looking for a dessert or sweet treat, you’ll see the German, Swiss, and Austrian influence in the spectrum of pastries, cakes, and strudels offered in the local bakeries. As the region is Italy’s main producer of apples, namely the Val di Non variety, as well as the Golden Delicious, you’ll find apples making a star appearance. Finish your meal with a fresh apple strudel, ricotta cake, or zelten, a regional Christmas fruitcake.

To get to the region, fly into the airports at Bolzano, Verona, Bergamo, or Venice. Several airports and ski resorts have airport shuttle services during peak ski seasons. If coming by rail, take the larger Verona-Brenner-Munich line and then hop the smaller regional rails to reach your intended destination within the region. 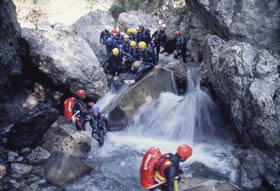 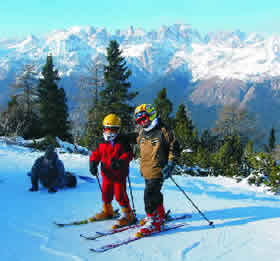 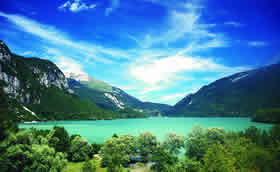 Pusteria Valley - From a hot-air balloon, you can see the most striking side of the mountains. 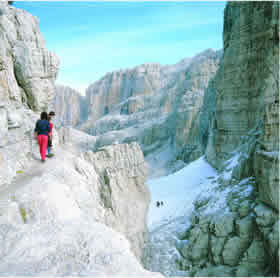